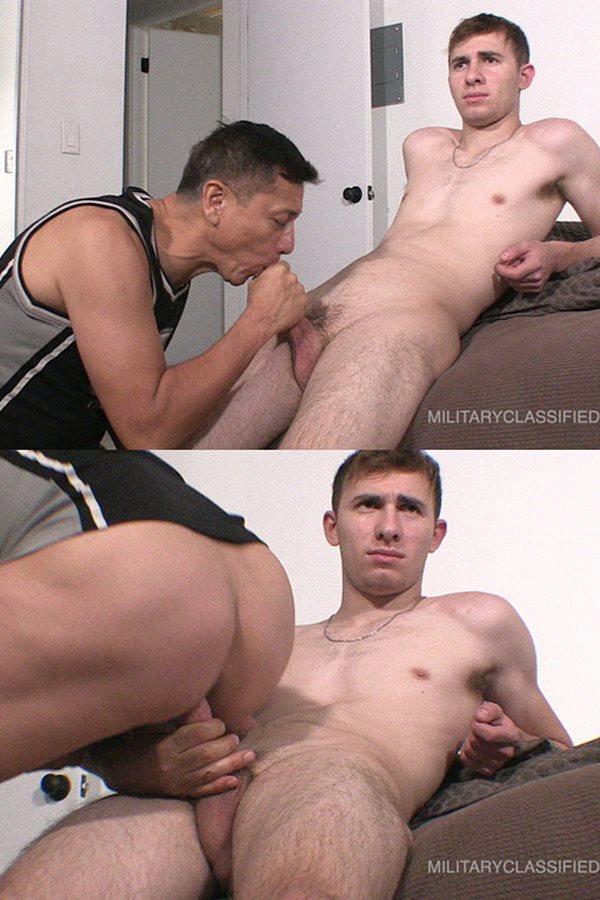 Dustin was a willing and somewhat unwilling participant but I get some of these and you have to work with what you got and do the best you can. I squeezed a load out of him easily with my hand which surprised me more than it did him!