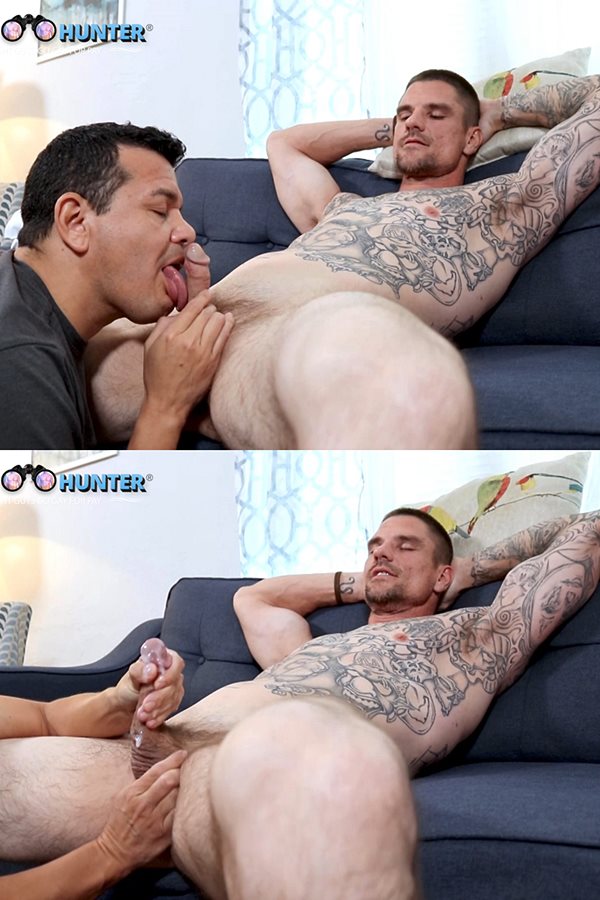 I was edging tall macho hunk Vince for a while until he couldn’t hold it anymore, and shoot his first load, and as we agreed before shooting, he would go for a second round, that surprisingly was also kind of quick.