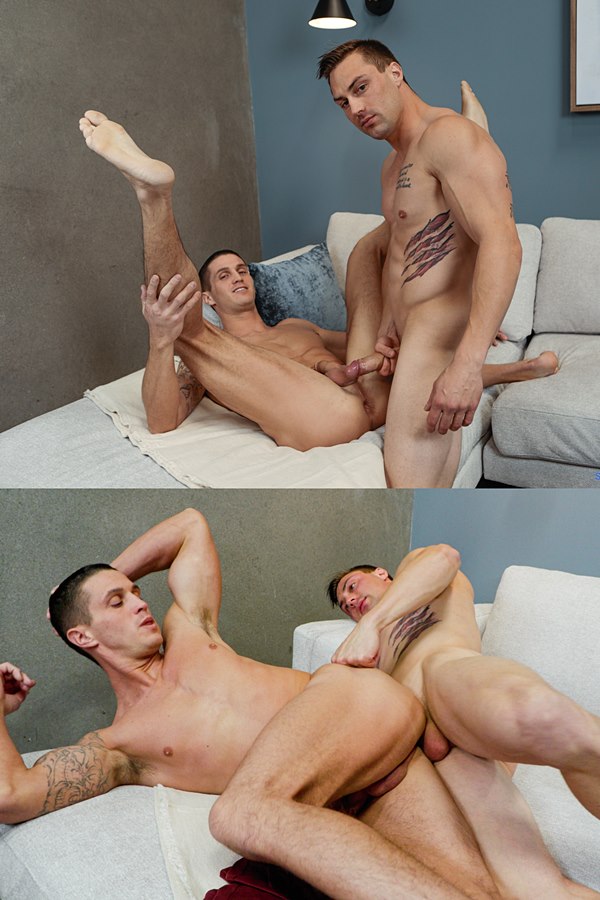 Nick Clay is super nervous. It’s been a while since he fucked around with a guy, let alone on camera! Damien White is thrilled to soothe him with some bomb-ass dick. After giving Damien head, Nick lays back, takes Damien’s cock, and loves every minute of it.