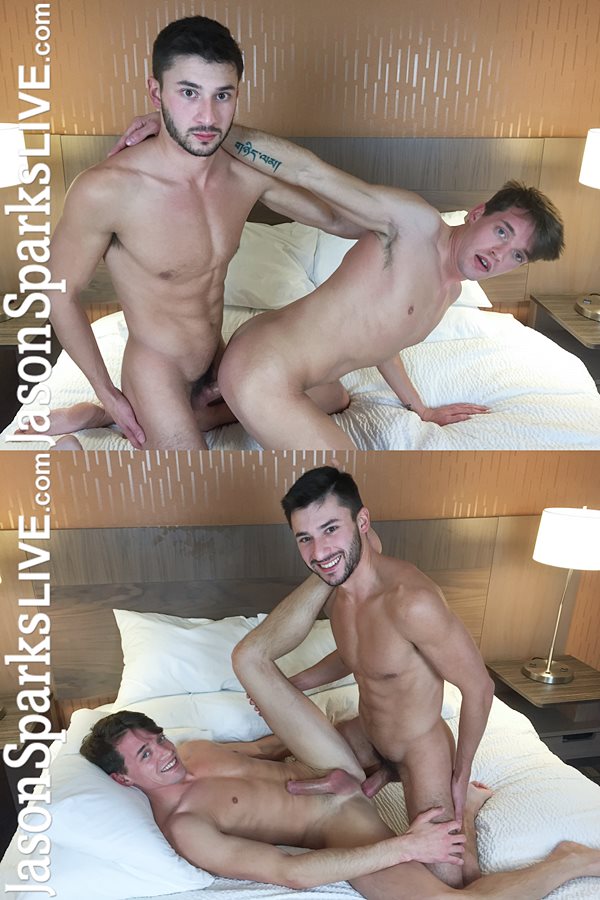 The boys finish off missionary style with one of Derek’s long legs up over Scott’s shoulder. Derek’s entire body rocks with the motion of Scott’s thrusts and the bottom’s cock looks about ready to pop as it bounces against Derek’s abs.