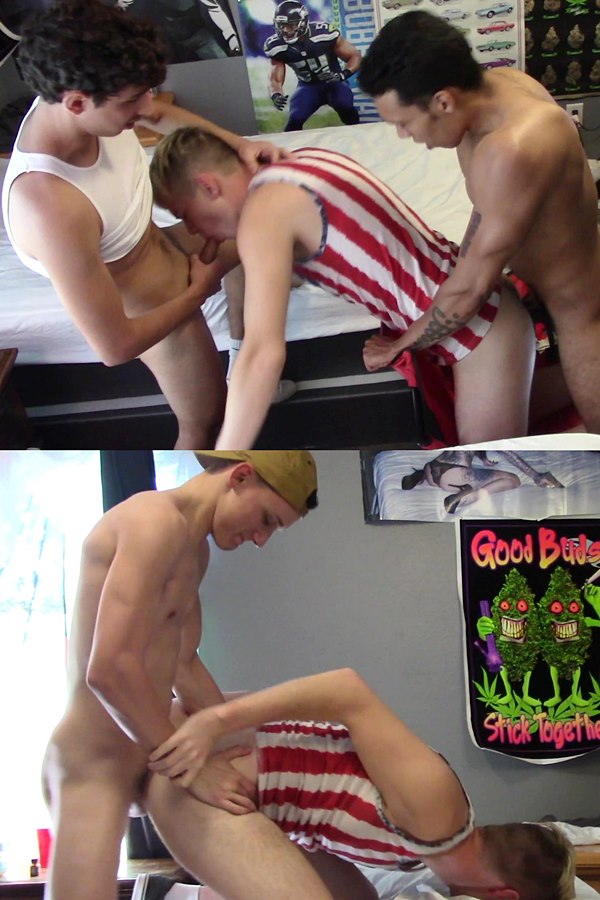 We cut the little bitch a deal. If he can handle all the brothers, we’ll let him in. Well, he did take us all though he was whining the whole time. Guess we’ll have to trash his ass a few times to make sure he is man enough to become a bro.