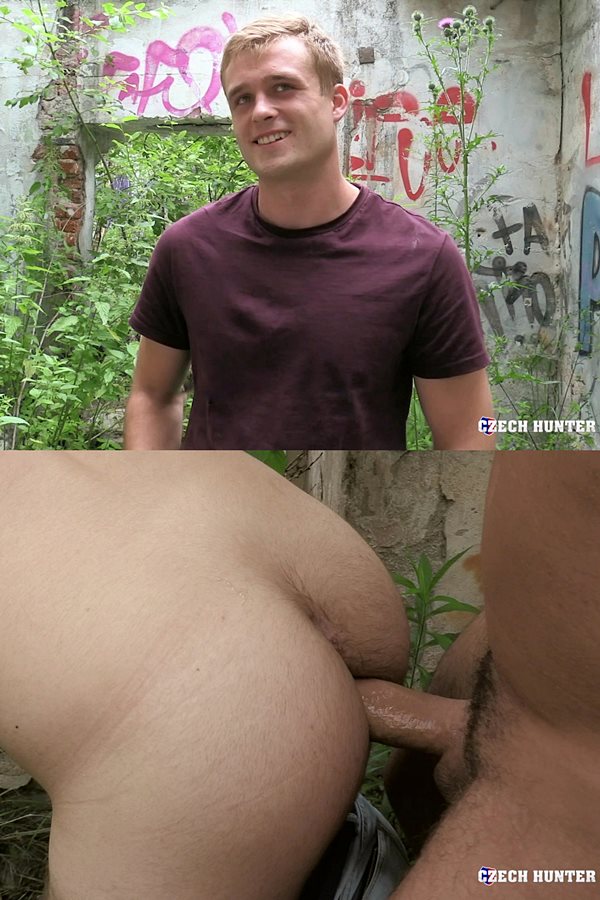 I was totally focused on Petr’s lean body and bulging crotch. He looked a bit uncomfortable, maybe because he was hiding a huge boner in his pants. Petr said parkour makes him very excited. Well, I could hardly find a better guy.