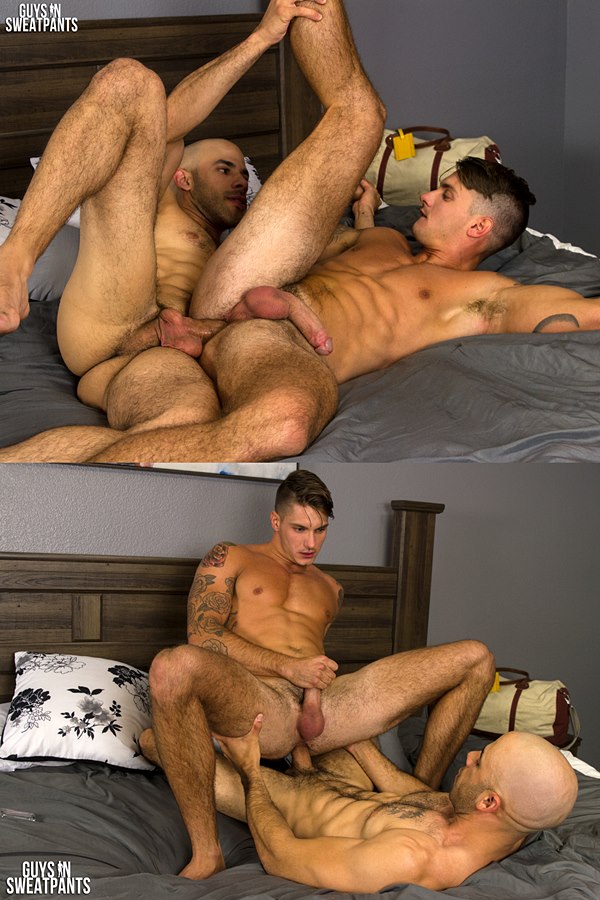 After Austin came the first time, he said “we’re not done though”, slipped it back in, and kept fucking. Soon Clark shot one of his infamous huge loads, and seconds later, Austin blew his second load deep into Clark’s hole.