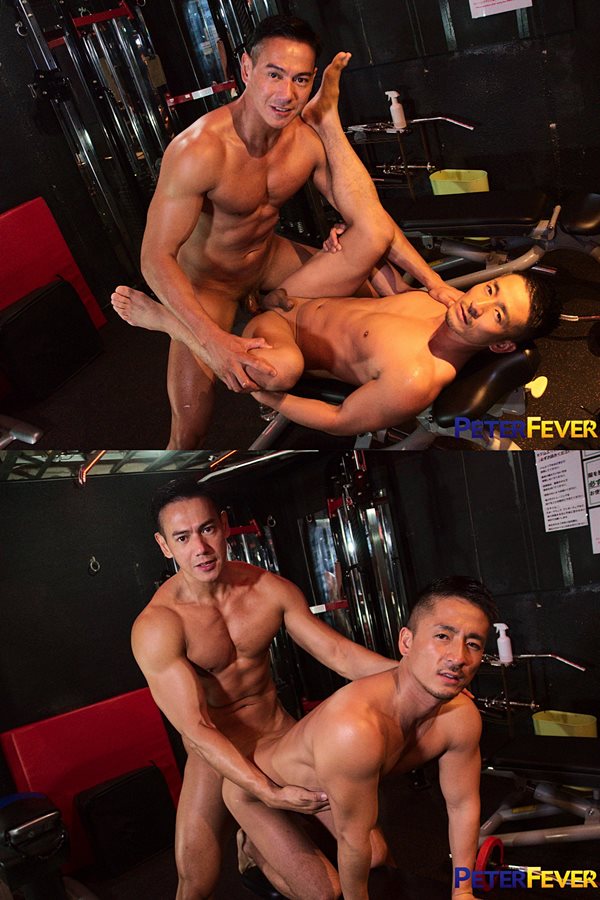 Hiroya’s legs wrapped around his shoulders. Hiroya grabs the workout bench for dear life, his butt getting slammed by Ryuji’s relentless dick. He stands and braces against a cable pushdown as Ryuji grabs his hips and pumps in deeper.